Arezzo and its churches

You are here: Home What to do Tourism

We have a simple wish: our home to be a home to you

The path to the sacred discovery

The Church of St. Augustine was built in the thirteenth century. Compared to the original structure of the building it has been halved and completely restored between 1761 and 1766 to a design by Filippo Ferrara Giustini.
The stucco decoration is by Carlo Sproni and Francesco and Giuliano Rusca, both from Ticino. Inside, which houses beautiful seventeenth-century paintings by Bernardino Santini, is impressive the choir of the wall of the counter, also designed by Francesco Rusca. It is the eighteenth-century wooden choir carved by Ludovico Paci. 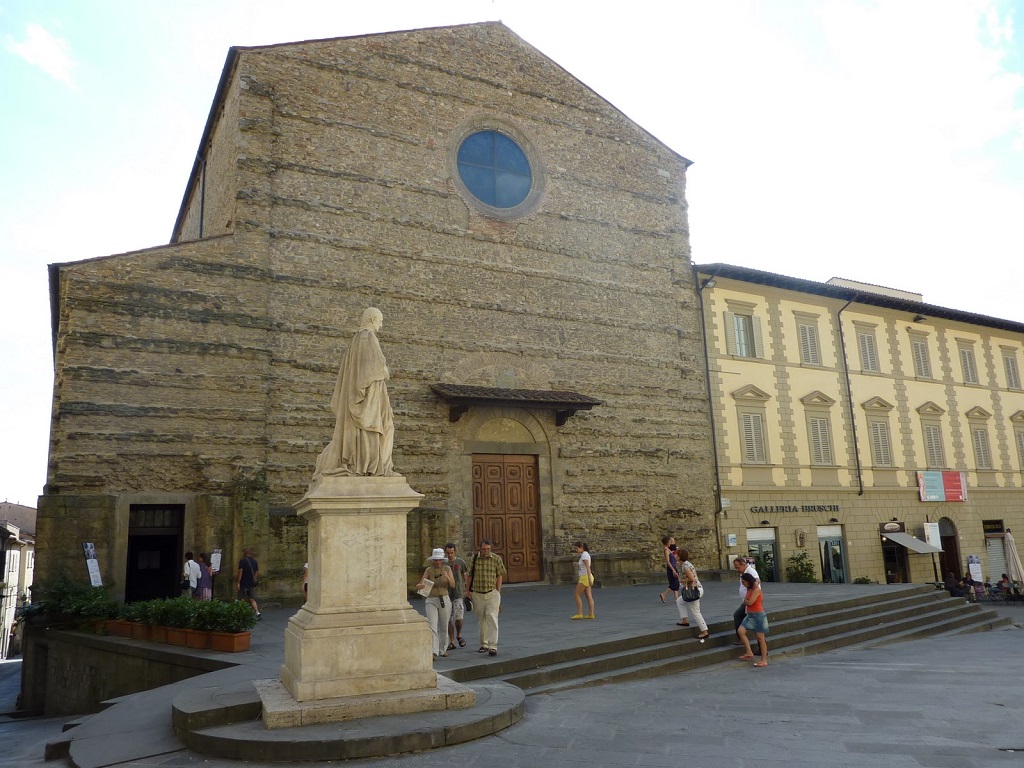 The basilica of San Francesco

The Basilica of St. Francis is an important place of worship of Arezzo. It is most famous for "The Legend of the True Cross", a cycle of frescoes by Piero della Francesca.
In February of 1955 Pope Pius XIII he has elevated to the dignity of Monire basilica.
The basilica, built of stones and bricks, is located in the square of San Francesco.
The name of the designer of the church is to be found among the disciples of Brother Elias of Cortona.
In the fourteenth century, a pious woman named Monna Tessa gave three hundred lire for the restoration of the facade; work began, but for the small amount they stopped the hoof, left as evidence of good will. The facade has been preserved to this day and has undergone no change.

The church of "Santa Maria Assunta" or "Santa Maria della Pieve", or simply "la Pieve" is the place of Catholic worship in Arezzo, located in Corso Italia.
The first documents date back to 1008, which suggests that there was already a church dedicated to Our Lady. However, the present structure was begun in the twelfth century, thanks to the funding and the town of Arezzo protection.
The church of Santa Maria della Pieve is located in the historic town center of Arezzo in Corso Italia, overlooked by the façade, and Piazza Grande, where it promises the apse.
The facade was rebuilt in the thirteenth century, by three lodges supported by columns; The lower two lodges are arched, the third, the upper one, is to lintel. The crowning of the facade is devoid of eardrum. On the right of the façade stands the bell tower called the hundred holes for the mullioned windows, ten on each side, arranged in five overlapping orders. On the back of the church there is a large semicircular apse decorated with blind round arches and mullioned windows that give light in the crypt.

The Abbey of Sante Flora and Lucilla is a church of Arezzo, situated in Piazza della Badia, which houses the relics of the holy martyrs Flora and Lucilla, that would be brought to Arezzo by Bishop John in the ninth century. The church building has had various stages, starting from the gothic one nave of 1278, was completely transformed by Giorgio Vasari as of 1565. The works lasted until the seventeenth century and in 1650 was built the bell tower.

the Cathedral of Saints Peter and Donato is the main place of Catholic worship in the city of Arezzo, and the bishop's seat of the homonymous diocese.
Located on top of the hill where the city is located on the site of an early Christian church and, probably, in the place where once stood the town acropolis.
The cathedral of Arezzo is still entitled to San Donato and the main altar preserves a valuable fourteenth-century marble arch dedicated to him, and an ark hosting the body of the saint.